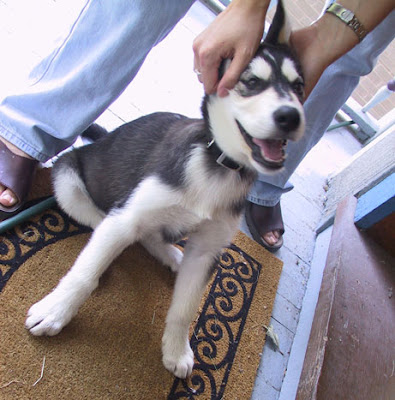 So it turns out the invasion of Iraq was about oil, after all.

Four Western oil companies are in the final stages of negotiations this month on contracts that will return them to Iraq, 36 years after losing their oil concession to nationalization as Saddam Hussein rose to power.

Exxon Mobil, Shell, Total and BP — the original partners in the Iraq Petroleum Company — along with Chevron and a number of smaller oil companies, are in talks with Iraq’s Oil Ministry for no-bid contracts to service Iraq’s largest fields, according to ministry officials, oil company officials and an American diplomat.

The deals, expected to be announced on June 30, will lay the foundation for the first commercial work for the major companies in Iraq since the American invasion, and open a new and potentially lucrative country for their operations.

There was suspicion among many in the Arab world and among parts of the American public that the United States had gone to war in Iraq precisely to secure the oil wealth these contracts seek to extract. The Bush administration has said that the war was necessary to combat terrorism. It is not clear what role the United States played in awarding the contracts; there are still American advisers to Iraq’s Oil Ministry.

Sensitive to the appearance that they were profiting from the war and already under pressure because of record high oil prices, senior officials of two of the companies, speaking only on the condition that they not be identified, said they were helping Iraq rebuild its decrepit oil industry.

And our lapdog journalists report it with little, if any, criticism. It's both old news and new news. Which has been pretty much how all the news about our corrupt government gets reported in the MSM. Forget about impeaching the bastards. It's off the table. Probably knocked to the floor by our "we might nuke Iran" policy.
Posted by red rabbit at 12:26 PM 3 comments:

Anybody else sick of the "Tim Russert was the best journalist ever" fantasia? It appears that Chris Matthews, grief-stricken and possibly drunk, divulged that Tim was just a big, fat, frightened patriot, really, who didn't do his job in regard to the U.S. invasion of Iraq. At least Tim claimed to believe the sky was falling in the form of a nuclear bomb in Saddam's twitchy little hands, and later blamed his lack of journalistic due diligence on government officials who didn't "pick up the phone" to tell him that Bushco was lying through their teeth.

Hell, I'm not the NBC News' Washington Bureau Chief, but I knew the build-up to the invasion of Iraq was one lie after another. Maybe I should apply for the job now that it's vacant since it appears you don't have to be a professional journalist to get paid to be a professional journalist. You don't even need a working bullshit detector, but I do have one of those.
Posted by red rabbit at 5:25 PM 2 comments:

MSNBC: I didn't mean to hit you, baby!

MSNBC really knows how to sweet talk the ladies:

'It was, like, you meet a guy and you fall in love with him, and he’s funny and he’s clever and he’s witty, and he’s all these great things,' Griffin said of the relationship between Olbermann and the Clinton supporters among his viewers. 'And then you commit yourself to him, and he turns out to be a jerk and difficult and brutal. And that is how the Hillary viewers see him. It’s true. But I do think they’re going to come back. There’s nowhere else to go.'"

I'm speechless.
Posted by red rabbit at 12:38 PM No comments: