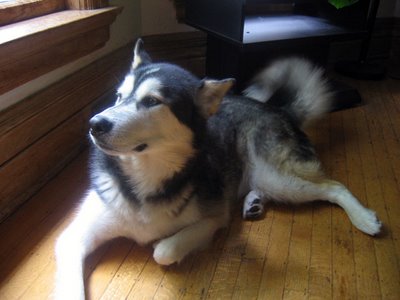 Idiocy in Black and White

If Shelby Steele were anyone other than Shelby Steele, he would bitch-slap George Will for deeming him “America’s most discerning black writer.” Given Steele's belief that only small men--“bargainers, bluffers and haranguers”--populate today's black intellectual cohort, getting hailed as the nation’s most discerning black writer must feel a bit like being lauded as the highest point of natural elevation in the state of Illinois. Surely Will could have been a bit more generous in light of Steele’s eagerness to help the cause by donning once again the hair shirt of turgid prose and psychobabble he first wore in The Content of Our Character. But to give credit where credit is due, Steele is right in saying that race and racism don’t adequately explain persistent inequality in our society. Ironically, though, this half-wit has then gone on (again and again, I might add) to explain the nation’s problems exclusively in terms of race: white guilt, black dependency, the soft bigotry of low expectations. “We blacks,” Steele writes, “always experience white guilt as an incentive, almost a command, to somehow exhibit racial woundedness and animus." We do, do we?

The real issue here, though, is neither Steele’s mental defectiveness nor Wills’ colossal arrogance but the way both of these men collude in a more sinister project. By laying the blame for current ills at the doorstep of Lyndon Johnson’s “Great Society” they seek to deflect attention from the way the policies of “neoliberalism” create and exacerbate inequality in the present. (On Neoliberalism everyone should read David Harvey’s A Brief History of Neoliberalism.) These policies confer "rights and freedoms on those 'whose income, leisure and security need no enhancing', leaving a pittance for the rest of us." The victims of these policies include and extend well beyond those Americans who happen to be black, and we need a politics that starts from an acknowledgement of that fact.
Posted by Anonymous at 9:52 PM 1 comment:

My dad never conveyed to me that he felt he deserved any special consideration for his 23 years of military service. Certainly he had sacrificed: three extended tours of duty away from us. But perhaps because he had never been under fire during the Korean, War, or in Thailand, during the Viet Nam War, he didn’t feel he had any unique claim on the nation’s gratitude, or on whatever platitudinous phrase politicians generally trot out for these sorts of holidays.

As I recall, when he spoke of the military what he talked about most readily was the social dimension of his service. He had joined the military at age 17, not long after President Harry Truman, under pressure from Civil Rights organizations, had issued executive order 9981 establishing equality of treatment and opportunity in the US Armed Forces. And although in some respects the promised equality of treatment was never fully realized for my dad (he never received the radio training that the recruiter assured him he’d get) the service was a ticket away from the hard life of a sharecropper’s son in a small segregated Arkansas town and into a world that was multiracial and—to the extent that the children of officers and enlisted men and women attended the same schools—corrosive of class differences. We—my brother, sisters and I—never felt inferior to anyone else: a sense of self we owed both to my mom and dad.

Nonetheless it is one of life’s ironies that the Cold War military from the 1950s through the 1970s provided a concrete sense of what life in a more egalitarian society might look like. I’m not sure, but this may be one of the reasons he continued to serve for as long as he did. I do know that he embraced an egalitarian vision that we should not only memorialize but also strive to realize.
Posted by Anonymous at 12:32 AM No comments: 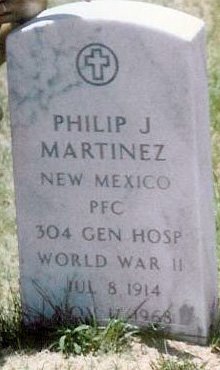 This is for my father, who served in WWII. He came home from the war 100% disabled and deeply troubled. He died when I was 10, never to know his grandchildren. I can still hear his beautiful voice singing "Would You Like to Swing on a Star?"

This is for my Uncle Quirino who was killed in WWII. His remains were shipped home more than five years after his death. This is for his brothers, my uncles: Ernesto, Marcos, Lalo, Abelicio, Quilo, and Benito. All veterans of WWII.

This is for my brothers Philip, Jr., Joseph, Valentino, and Glen. All veterans of the Vietnam war. Philip served two tours of duty in Vietnam.

Remember those who gave their lives.
Respect and value those who survived.
Posted by red rabbit at 5:09 PM 1 comment: