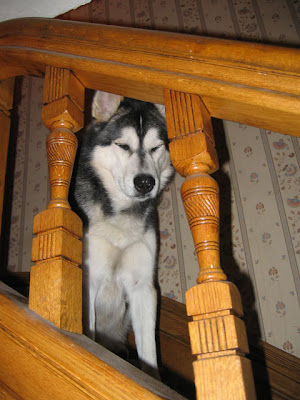 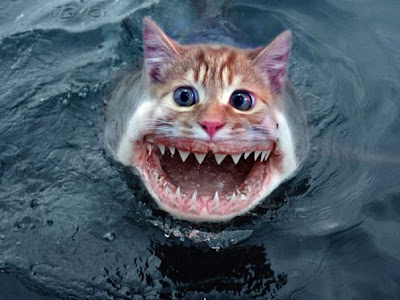 I read this in Sunday's NYTimes magazine and found it disturbing, so of course, I thought about sharing it with you.

Here’s a little-known and slightly terrifying fact: According to estimates from the Centers for Disease Control and Prevention, more than 60 million people in the United States are infected with a parasite that may migrate into their brains and alter their behavior in a way that — among other things — may leave them more likely to be eaten by cats. New research into this common parasite — Toxoplasma gondii — may offer clues to the phenomenon known to the unscientifically-minded as “crazy cat lady” syndrome.

The basic facts: Toxo can infect many species, but it undergoes sexual reproduction only in cat digestive tracts. Once the parasite reproduces, the cat passes it in its feces, where the next unwitting host picks it up by digesting it (intentionally or unintentionally). Then the cycle starts again. In the long run, Toxo must find its way back to a cat’s stomach to survive. So the parasite has evolved a complicated system for taking over its hosts’ brains to increase the likelihood that they’ll be eaten by cats.

How? Scientists are still figuring that out. Research conducted this year by Toxo expert Robert Sapolsky of Stanford, and also by Joanne Webster, professor of parasite epidemiology at Imperial College London, has found that Toxo actually causes rats to become attracted to the smell of cat urine.

Might Toxo explain why some humans develop an unhealthful attraction to cats and apparently become immune to the smell of their urine? And might that explain the mystery of crazy cat ladies? “That idea doesn’t seem completely crazy,” Sapolsky says. “But there’s no data supporting it.”

Not yet. But Jaroslav Flegr, an evolutionary biologist at Charles University in the Czech Republic, is looking into it. He has spent years studying Toxo’s impact on human behavior. (He found, for example, that people infected with Toxo have slower reflexes and are 2.5 times as likely to get into car accidents.) He won’t have results of his study for a while and refuses to speculate. But Joanne Webster says the connection isn’t much of a stretch: “In our evolutionary past, perhaps we were eaten by cats, too,” she says.