All the tears in the world are not going to put Humpty Dumpty back together again. Bush Sr. may have been talking about Jebbie, but make no mistake, he was weeping about Dubya. In his father's own words the measure of a man is in how he handles both victory and defeat. He handled a false "victory" by saying,

I've earned capital in this election -- and I'm going to spend it..."

He handled defeat by cheating, by stacking the deck, by stealing not just one but two elections by any and all means necessary.

Cry me a river, grampa, you should've drowned him when you had the chance.
Posted by red rabbit at 12:46 PM 1 comment: 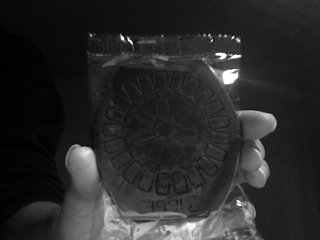