I was wondering when someone else was going to bring this up.

They say Obama did not play the singular role in the asbestos episode that he portrays in the best-selling memoir "Dreams From My Father: A Story of Race and Inheritance." Credit for pushing officials to deal with the cancer-causing substance, according to interviews and news accounts from that period, also goes to a well-known preexisting group at Altgeld Gardens and to a local newspaper called the Chicago Reporter. Obama does not mention either one in his book.

..."Just because someone writes it doesn't make it true," said longtime Altgeld resident Hazel Johnson, who worked with Obama on the asbestos campaign and had been pushing for a variety of environmental cleanups years before he arrived.

A prominent political activist I know told me that community organizers he knew here in Chicago had never heard of Barack Obama before he ran for political office.

But "Dreams From My Father," the first of Obama's books, is not a historical account. In it, Obama uses literary techniques that are rarely found in political memoirs.

Dialogue in the memoir is an "approximation of what was actually said or relayed to me," Obama wrote in its introduction. For the sake of compression, he wrote, some characters are "composites of people I've known, and some events appear out of precise chronology." Most names in the book were changed for the sake of privacy, he wrote.

And though most memoirs place their authors at the center of events, critics of "Dreams From My Father" say the book unfairly omits others responsible for the successes of the asbestos campaign, an event that Obama portrays as central to his maturation as a political leader. For example, Johnson is not mentioned, and no character in the book appears to resemble her, even though she was already a prominent Altgeld activist and her presence in the anti-asbestos effort is confirmed by interviews and news accounts at the time.

Hmmmm...no wonder the details around his first political campaign against Alice Palmer are so fuzzy. The guy disremembers the folks that cloud the minty fresh image.

Last night at the University of Chicago, in a "conversation" with Henry Louis "Skip" Gates, political science professor, Michael Dawson, raised a little known fact that Obama displaced Alice Palmer, a sitting black state senator, who was farther to the left of Obama, politically. Dawson also reminded the audience that the DLC, with which Obama is closely associated, is one of the most conservative elements within the Democratic Party.

Alice Palmer was a popular and effective legislator, and would have retained her seat had Obama not challenged her nominating petitions. Most accounts of what took place claim that Palmer lost a special election for an open congressional seat and then changed her mind about running for reelection to the state senate. The fact is the special election was held December 12, 1995 and Alice Palmer had already announced to the Illinois Public Action Convention that she would run for reelection for her senate seat. The fact is the Hyde Parkers whom Obama was courting at the time would've remained loyal to Palmer and many told him as much at the home of Bernadine Dohrn and Bill Ayers in late November of 1995.

Why did Obama go after an office held by an effective, progressive, black incumbent, not once, but twice? (see Bobby Rush)

UPDATE: Sorry to say that my chronology is wrong in this post concerning Alice Palmer and the Second Congressional District primary in Chicago held in 1995. While the special election, which was won by Jesse Jackson, Jr., was held on Dec. 12, 1995, the primary election for that seat was held Nov. 28, 1995. So Alice Palmer did, in fact, lose that primary race and then, with a lot of urging from friends, colleagues, and party leaders, she decided to hold on to her seat and run for reelection.
Posted by red rabbit at 3:36 PM 1 comment: 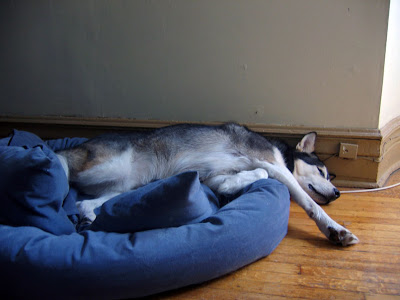 Steve's rant over at The News Blog is too good not to link to.

The GOP refuses to deal with reality. They refuse to deal with the losing war, the fact that we treat veterans like shit, that Bush's plan is doomed. They think their cowardly words matter.

Well to the grunts fighting for their lives in the outpost De Lattre Petraeus sent them to die in, it sure as shit didn't. Watching a car bomb breech your wall is a mind focusing experience. Do the Republicans care? Fuck no. Their grip on Iraq is as sure as Britney Spears on her sanity. They have a fantasy world of brave Iraqis and happy US soldiers.

And when anyone intrudes on this cowardly, disgusting picture, you get the vile spectacle of Brit Hume, adulterer, lecturing Jack Murtha on service to this country. This is a man who's son blew his brains out to hide his homosexualty. No one tosses that in his face, or how his first marriage ended.

Yet, he dares to tell Jack Murtha that he doesn't know anything about the military. Who the fuck is he kidding? Anyone with a clue knows he's the Pentagon's go to guy. They are so wedded to their fantasies, that they lie to people. If Juan Williams was a man, he would have told Hume to just stop fucking lying.

...These cowards are hiding behind soldiers, ignoring their reality of payday loans, divorces, PTSD and shitty equipment. Brit Hume hasn't got a clue about any of this, Jack Murtha certainly does. Since he's the one spending his weekends at Walter Reed.

...The GOP no more cares about soldiers than farms care about shit.

"He Speaks So Well!"

The New York Times has something short but sweet about the "Well-spoken black people."

The comedian and actor D. L. Hughley, a frequent guest on HBO’s “Real Time With Bill Maher,” says that every time he appears on the show, where he riffs on the political and social issues of the day, people walk up to him afterward and tell him how “smart and articulate” his comments were.

“Everyone was up in arms about Michael Richards using the N-word, but subtle words like this are more insidious,” Mr. Hughley said. “It’s like weight loss. The last few pounds are the hardest to get rid of. It’s the last vestiges of racism that are hard to get rid of.”

SNL gets it too weirdly enough.
Posted by Lenora at 11:42 AM 3 comments: