The View from Paris 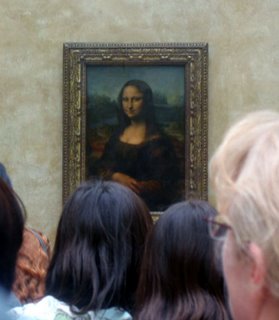 Ah, so much to blog about...so little time. First things first: the Mona Lisa. I've not seen a reproduction that does her justice. And, yes, I shot this pic clandestinely because now no photos are allowed on the first floors of the Louvre. 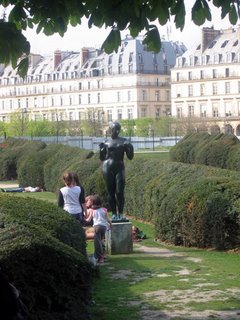 As we've walked around Paris the last few weeks it's quite clear that our French cousins don't share our fear of, and distate for seeing, the naked female form. That is, if by "we" I meant John Ashcroft--which I did. 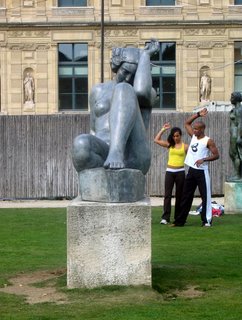 I mean, that whole episode of Ashcroft covering up the statue of Blind Justice at the Justice Department must've given the French, and probably all of Europe, a huge cramp from the belly laugh they experienced for days on end. I would love to have seen Bernard Henri-Levy immediately disavow even thinking "We're all Americans." 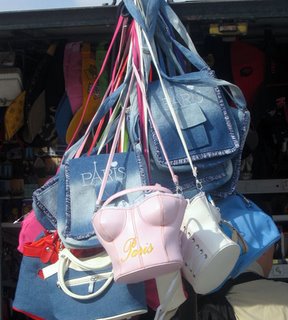 If I was bringing back a souvenir for John Ashcroft this would be it.
Posted by red rabbit at 8:20 AM No comments: