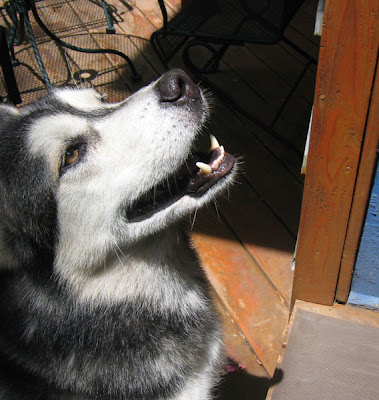 He needs a good brushing.

The Professor was cleaning up the backyard when he found Kodi’s stick collection (stashed behind the raised flower bed). Kodi barked indignantly from the dining room window while the prof. put the sticks in a trash bag.
Posted by red rabbit at 1:19 PM 2 comments: 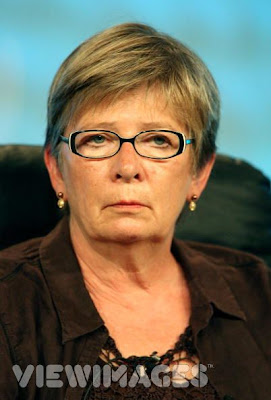 The following is a blog post I was working up in May in response to a column Ehrenreich posted at Huffington Post. Well, lo and behold, the same column just arrived in this month's Progressive. Recycling is a good thing, right?

It's important -- even kind of exhilarating -- for women to embrace their inner bitch...

So Barbara does just that in a post over at HuffPo, entitled Hillary's Gift to Women.

...But by running a racially-tinged campaign, lying about her foreign policy experience, and repeatedly seeming to favor McCain over her Democratic opponent, Clinton didn't just break through the "glass floor," she set a new low for floors in general, and would, if she could have got within arm's reach, have rubbed the broken glass into Obama's face.

That Hillary Clinton set a new low in campaigning will come as a surprise to the Karl Roves and the Lee Atwaters, and pretty much any Republican working on any presidential campaign. C'mon, Barb, did Hillary really sink lower than the robo calls suggesting John McCain's adopted Bangladeshi daughter was his black love child?

Some understandable names come up like Margaret Thatcher and the warrior queen Boadicea, and even Condoleezza Rice, but then she throws in Lynndie England.

Whatever violent and evil things men can do, women can do too, and if the capacity for cruelty is a criterion for leadership, as Fukuyama suggested, then Lynndie England should consider following up her stint in the brig with a run for the Senate.

Lynndie England? Really? The first woman to get close to being POTUS brings to mind Abu Ghraib?

She even makes a PMS reference in this hit piece. I guess we should be thankful Medusa and menopause didn't rear their ugly heads.
Posted by red rabbit at 12:34 PM 1 comment: