Dammit! But at least I've found something that Eric Alterman and I agree on.

He was both the most progressive candidate on issues and the most electable on paper, and yet he did not get the support of most progressives or most professionals. This despite the fact that he actually ran a terrific campaign and, more than Obama and Hillary, defined it in a positive direction. That he forced the other candidates to respond did not end up mattering as much as the media's fascination with all things Clintonian, Obamian, and the egregiously awful coverage of Edwards. The Washington Post deserves special mention for its idiotic 1,300-word piece on his haircut and an even longer one on his house. Richard Cohen and Michael Dobbs both called him a liar and presented no evidence. The editorial board attacked him constantly. The New York Times also went in for the "How can you care about poor people when you're so rich?" line of questioning, which implies that poor people are unentitled to representation in the American political system, since it allows for only wealthy people to run. And Maureen Dowd was her usual awful, substanceless self, helping to set the tone for the rest, to the shame of all of us. 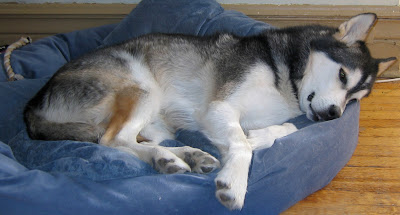 Charlie Pierce Gets It Right...Again

Every so often I stop reading Altercation because I disagree with some boneheaded thing Eric Alterman has written. But I can't help myself from coming back to read Charlie Pierce on Slacker Friday. He has really got the candidates for POTUS pegged. His astute criticism of Barack Obama is especially refreshing to read in the current climate of nonstop Obamarama.

As I was watching the debate the other night -- the Democratic one where Anderson Cooper came on afterwards and got to pretend to be Angelo Dundee -- I was struck by Senator Obama's resolute assertion that he was the candidate that can come to Washington and work with "independents and Republicans" to get things done. (One of his new ads has him sitting next to Dick Lugar, a Republican senator only slightly more relevant today than is Arthur Vandenberg.) I was struck even harder by it as I watched the Democratic Senate go supine, selling out poor Chris Dodd and the Constitution, and concocting retroactive alibis for the Telecom giants in a week where we finally got the empirical count of prewar Iraq lies. Here's my deal with His Barackosity. Take the list of Republican congresscritters, House and Senate. Make me a list of 10 of them with whom you think you can work to achieve anything close to the progressive goals you have said you want to achieve. Give me an honest run, and I guarantee you that you can't do it. You may get "something done" but it's not going to have anything to do with anything resembling the values of the party you seek to represent. This is a party that has to be forcibly disenthralled from its lunatic base.