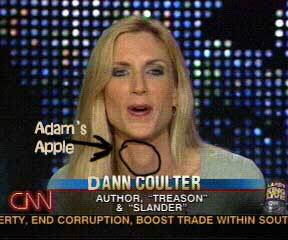 There he/she goes again. Rifling through the underwear drawers in her head to speculate on another Democrat's sexuality. My, my, she does have a fetish for "the gays." After a quick perusal of what passes for her wisdom I've come to the conclusion that the voice in her head is a repressed member of the Gestapo (is that redundant?)--possibly even Himmler, himmself.

Sometimes I wish that I could stop you from talking
when I hear the silly things that you say.
I think somebody better put out the big light,
cause I can't stand to see you this way... 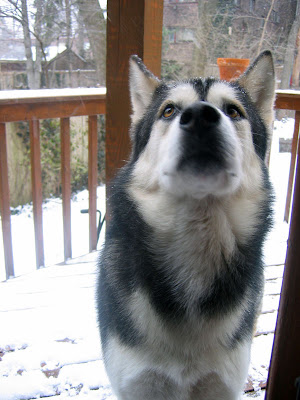 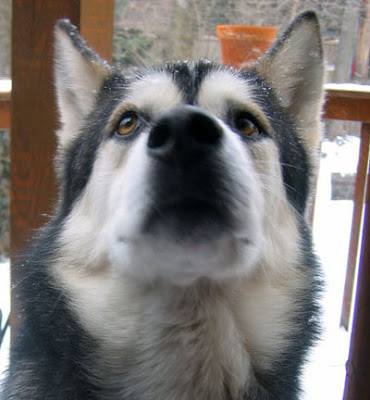 My brother, Arnold, says you can tell that animals have no souls by looking into their eyes. Kodi doesn't always play well with others, but I think he has a sweet, well-insulated soul.
Posted by red rabbit at 2:32 PM 1 comment: 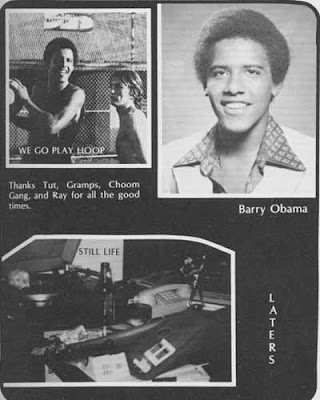 I wandered over to Skeptical Brotha and commented on his Obama thread. The brotha's still skeptical, thank God, but does he have the resolve to not drink Barack's Koolaid? Only time will tell. Meanwhile, for those of you lurking in the ether, this is what I posted:

I’m no fan of the Chicago Tribune’s Steve Chapman, but he gave a very clear, very simple assessment of the problem. He said Obama has

“the knack of appealing to whites without evoking the slightest twinge of guilt.”

And I think Chapman wrote that without the slightest sense of how problematic it is.

Posted by red rabbit at 4:40 PM No comments:

One of our favorites, Steve Gilliard, over at The News Blog, is in the hospital and will be having open-heart surgery, so light a candle, sacrifice a small animal, or pray to the Blessed Mother. I think I'll do all three.
Posted by red rabbit at 11:26 PM No comments: 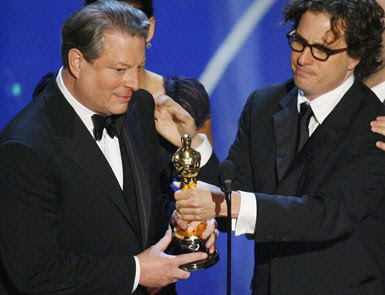 Posted by red rabbit at 3:06 PM No comments:

The Oscars rarely satisfies and often fails to surprise. Nobody was surprised at Gore's win last night for An Inconvenient Truth, but watching Gore finally receive public homage for his years of service was in its own way deeply satisfying.

If you haven't seen An Inconvenient Truth yet, what you've missed isn't so much the message that global warming is a crisis and not merely a problem anymore--not to take away from that aspect of the movie-- rather it is a narrative of a public servant who throughout his career, has kept a rare sort of clarity about the environment and his role in preserving it. Rediscovering that clarity after the disappointment of 2000, is as much the story as is the story of global warming.

Watching Gore in the movie and thinking back to those awkwardly scripted public moments in 2000, one isn't struck so much by the difference in carriage as by the context. Gore may be more at ease with his Powerpoint presentation and his lecture notes than on the campaign trail; but he is still as wonky and nerdy as he ever was. The genius of the movie is that it manages to show this and show how this is what's good about Gore.

Gore has every reason to avoid throwing his hat in the race, and I don't blame him for his reluctance. But Gore offers us the tantalizing possibility of redemption. He's the same guy pundits scoffed at for being "the smartest kid in the classroom," but we've had the alternative and we're paying for it.

In this week's New Yorker, David Remnick speculates on the possible success of a Gore run.

In the view of former aides still close to him, Gore can’t lose by staying on the electoral sidelines. While Hillary Clinton and Barack Obama start competing––warily at first, and then, inevitably, taking direct aim at one another’s weaknesses––Gore can stand unbruised, nursing the lingering glamour of his popular margin in 2000 and, perhaps, demanding by quiet inference that we take stock of a distinguished public career that began three decades ago, when Gore was a twenty-eight-year-old Vietnam veteran freshly elected to Congress.

Remnick goes on to say that it is unlikely that Gore will enter the race, but one never knows. And I wonder what would happen if there was enough clamor around a Draft Gore campaign. Gore may truly love this country and public service, but to willingly reenter campaign politics, in his particular case, is to go back to the spouse that beat you up, stole your money, and ran off with your best friend. He's going to need to be courted. And we should think about courting him.
Posted by Lenora at 10:11 AM 3 comments: