What the hell is up with Republican men these days?

It seems that the newly elected leader of the Young Republican National Federation has been forced to step down amid allegations that he sexually assaulted another man after a Young Republicans party. Details are still emerging, but the accused man, Glenn Murphy, was a rising star in the Indiana GOP, and his resume includes the leadership of the Clark County Republicans -- a relationship that no longer exists -- and also a position within a consulting firm that has represented Republican politicians such as former Rep. Mike Sodrel.

The alleged assault of the 22-year-old man took place in the Jeffersonville, Indiana home of his sister following a Young Republican party in which both Murphy and the 22-year-old man had been in attendance. The victim's sister had urged both men to spend the night at her home because of the amount of alcohol the two had consumed during the party. The victim awoke in the morning to find Murphy performing oral sex on him according to the report. When the victim asked Murphy what he was doing, he responded: "He was holding his dick with one hand and sucking my dick with his mouth."

Assuming that the victim in question isn't a scary African American, I predict that this latest incident will be explained away by revelations of rogue gay bombs going off at GOP get-togethers.
Posted by Lenora at 12:19 PM No comments:

Rep. Bob Allen: Negrophobia Made Me Do It! 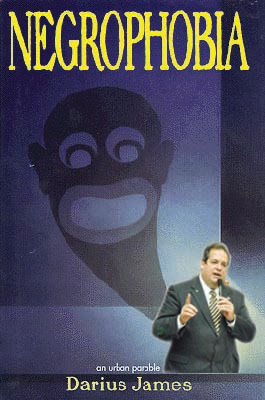 Why did Rep. Bob Allen, (R-FL), offer to blow an undercover police officer AND pay the officer $20 to let me him do it? According to FOX News in Tampa Bay:

Police released taped statements from a state leader accused of trying to buy sex in a men's room. State Representative Bob Allen says he was feeling nervous and offered sex to get away from a man he didn't trust.
...

Allen also warned the man of undercover cops. "I said they're around here, you ought to know about that."

Allen didn't know he was talking to a policeman until he pulled out a badge. He explained his behavior shortly after his arrest.

"This (undercover officer) is a pretty stocky black guy, and there's other black guys around in the park that—you know!"

Allen said he was also frightened of the weather. So he fled to the men's room.
...

Negrophobia. It's sweeping the nation.

Better keep an eye on the weather, too.
Posted by red rabbit at 11:21 AM No comments: