It Was Only a Matter of Time

Michael Savage decided that the news about Ted was the perfect moment to crawl out his hole and spew.

Following the announcement that Sen. Ted Kennedy (D-MA) has been diagnosed with a malignant brain tumor, nationally syndicated radio host Michael Savage opened his May 20 show by interspersing audio of Kennedy singing "Ay Jalisco No Te Rajes" with clips of news reporters discussing Kennedy's diagnosis and audio from the 1990 film Kindergarten Cop in which Arnold Schwarzenegger's character says, "It's not a tumor." Later, Savage played the Dead Kennedys song "California Über Alles" after stating: "The poor guy's been suffering for years, you know? Unfairly he's been accused of alcoholism, but we see now that it was something much more deep-seated. And so, to cut this out in some respect for Ted Kennedy, here's a tune coming at you from the Dead Kennedys. Go ahead and play it, please."

After reading from the lyrics of "California Über Alles," Savage said, "No gloating today, no laughter, all serious. You don't joke about a man's cancer. I do it, but I won't do it today; it's something I will not do." At one point in the program, he told a caller, "You know I'm playing the Dead Kennedys not to mock Ted Kennedy. It's just appropriate, that's all."

Later in the program, Savage aired a clip of Sen. Robert Byrd (D-WV) offering a tribute to Kennedy on the Senate floor before describing Byrd as "a senile senator" and "a walking psycho." Savage went on to assert, "For years now, Byrd has been blubbering on the floor of the Senate. For years, I mean, to be honest, Kennedy didn't seem sane to me." He continued, "Forget about the drunk stories and all that -- anybody can drink. The guy sounded like he was off for years, I'm sorry."

Michael Savage is probably going to live a long life and die quietly on the toilet at an unjustifiably old age.

Wow! I think the only thing that would make me feel better after writing that sentence is finding Ann Coulter and punching her in the neck before she can add her shrill two cents.

Posted by Lenora at 2:07 PM No comments:

Don't It Always Seem to Go?

...you don't know what you've got 'til your faced with the possibility of a Democratic senate without a real Democrat. I feel numb.
Posted by red rabbit at 1:14 PM 3 comments: 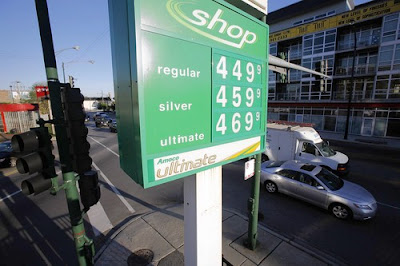