Two relatively recent posts here at Musings & Migraines regarding Barack Obama’s run for the Illinois State Senate in 1995 have picked up a lot of attention of late. Those who’ve expressed interest in those posts, which mentioned Obama’s appearance at a meet-and-greet fundraiser for the candidate, hosted by Bill Ayres and Bernadine Dohrn, have included Thomas Edsall from Huffington Post, Ben Smith from Politico.com, Peter Hitchens from the London Sunday Mail, and an anti-Obama blog called Rezcowatch.com. The question everyone seems to be asking is whether or not the connection indicates that Obama is secretly some flame-throwing lefty. Well, it doesn’t and he isn’t. In fact, neither were Ayres and Dohrn at the time of the event. And we say this as critics of Obama whose flaws we haven’t hesitated to mention on this blog.

What’s disturbing here is the pathology of current political coverage that leads pundits to go off chasing wild geese while they neglect the real issue lying right in the open. What’s the real issue? Obama is a centrist, who apparently has the knack of making a lot of people with ostensibly different views see what they want in him; a centrist who may have, ironically, opened himself up for attacks by helping stigmatize ideas associated with the left.

It’s a foregone conclusion that the Republicans are going to indulge in their usual left-baiting tactics when it comes to the general election, but it would be a shame for the liberal blogosphere to give them an assist.

with the professor
Posted by red rabbit at 9:22 PM 5 comments: 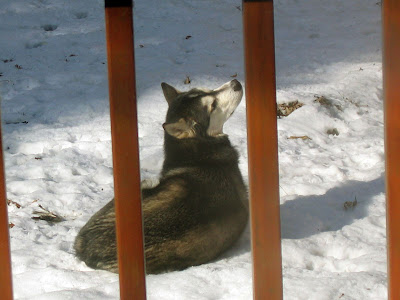