Can the Dems Control the Issues?

Rumors that Obama’s campaign is already floundering may either be true or only the result of successful media maneuvering by Hillary’s campaign. Certainly Obama hasn’t been helping himself out. Either way, most disturbing is how the campaign talk so far has not been driven by Democratic issues, despite the sorry lot of Republicans in the race, the persistent ineptitude and unpopularity of the Bush regime, and more importantly, Right-wing fears that Democrats might make income inequality the issue.

How scared are they? Well in the past two weeks the Wall Street Journal has published several articles and columns stating, respectively, that income inequality: is increasing and will prove a problem for Republicans, is increasing but is not much of problem because money is not what makes people happy, hasn’t increased at all but only reflects changes in the way income is reported.

Why all the worry? Well it’s because the WSJ editors know that if the Dems manage to stay on message about bread and butter democracy issues, then the Republicans don’t stand much of a chance. Ironically, all of the leading Democratic contenders have—if only modestly—proposals that address this issue, but I suspect that most would-be voters don’t know it, and probably won’t anytime soon because the candidates seem to feel it is more important to pander to so-called “values” voters than to define the key value—equality—that is the core of a democracy and the only way that Democratic candidates can make an electoral victory possible and meaningful.

And anyone who says that the only way to woo the black vote in South Carolina is to play the religion card by becoming a gospel music impresario should take a look at the South Carolina Labor Party, which, with only minimal resources, secured a statewide ballot line by gathering more than 16,500 signatures (only 10,000 were required) from working class black and white South Carolinians. What did the Labor Party say to these South Carolinians? We know you need living-wage jobs, effective schools, and universal health care, and we’re going to fight to get you those things. Black and white South Carolinians are quite capable of keeping two distinct ideas in mind: Jesus and democracy—without blurring the two needlessly. This is something the Obama campaign should have considered before inviting homophobic gospel singers to help them pander to the voters in SC.
Posted by red rabbit at 1:47 PM 1 comment:


Thirsty pup on the Midway.
Posted by red rabbit at 12:38 PM No comments:

Ecuador's leftist President Rafael Correa said Washington must let him open a military base in Miami if the United States wants to keep using an air base on Ecuador's Pacific coast.
...
"If there's no problem having foreign soldiers on a country's soil, surely they'll let us have an Ecuadorean base in the United States."
...
Correa, a popular leftist economist, had promised to cut off his arm before extending the lease that ends in 2009 and has called U.S. President George W. Bush a "dimwit".

Tough and perceptive.
Posted by red rabbit at 12:10 PM 3 comments:

Who ya gonna call? 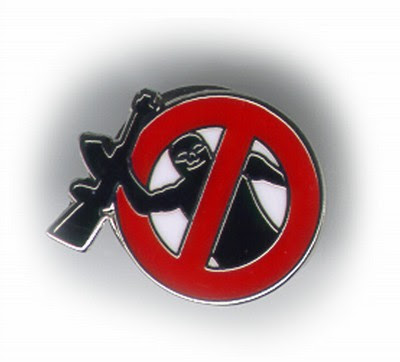 Terrorist Busters! Apparently not a joke. The above logo, badly designed and unoriginal, is on the website of your friendly neighborhood CIA.
Posted by red rabbit at 10:44 AM No comments: