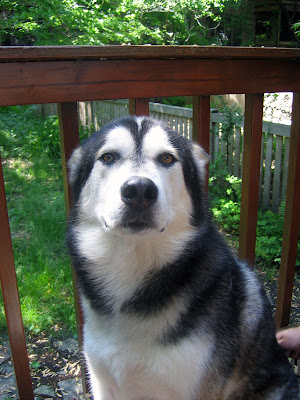 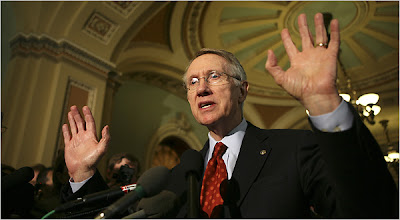 In an effort to appease antiwar Democrats, the party’s leaders plan to allow two votes in the House. One would provide the war money, and seems likely to be opposed by large numbers of Democrats. The other, separated out to allow more Democrats to vote in favor, would include popular measures that are also part of the package, including a minimum wage increase and $17 billion in added domestic and military spending.

The bills would then be combined into one and sent to the Senate, with the idea of getting the measure to the president by the weekend.

After combining the two bills into one, roll onto a lightly floured surface and fluff gently. Serve on a silver platter. And, voila! A recipe for disaster!

Sounds like smoke-and-mirrors to me.
Posted by red rabbit at 11:04 AM No comments:


This is bad in so many ways:

The CIA has received secret presidential approval to mount a covert "black" operation to destabilize the Iranian government, current and former officials in the intelligence community tell the Blotter on ABCNews.com.

"The entire plan has been blessed by Abrams, in particular," said one intelligence source familiar with the plan. "And Hadley had to put his chop on it."

Ok, aside from the overall evility of this development, I think we need to be reminded daily that the Bush administration is filled with criminals (see bolded section below).

He pleaded guilty in October 1991 to two misdemeanor counts of withholding information from Congress about the Reagan administration's ill-fated efforts to destabilize the Nicaraguan Sandinista government in Central America, known as the Iran-Contra affair. Abrams was later pardoned by President George H. W. Bush in December 1992.

As earlier reported on the Blotter on ABCNews.com, the United States has supported and encouraged an Iranian militant group, Jundullah, that has conducted deadly raids inside Iran from bases on the rugged Iran-Pakistan-Afghanistan "tri-border region."

Hmmm...must be a reason this was leaked to ABC.

UPDATE: It gets worse.

Ships packed with 17,000 sailors and Marines moved into the Persian Gulf on Wednesday as the U.S. Navy staged another show of force off Iran's coast just days before U.S.-Iran talks in Baghdad. 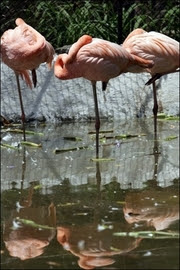 Is there really any other way to describe flamingos? Cute story:

"Fernando and Carlos are a same sex couple who have been known to steal other flamingos' eggs by chasing them off their nest because they wanted to rear them themselves," said WWT spokeswoman Jane Waghorn.

"They were rather good at sitting on eggs and hatching them so last week, when a nest was abandoned, it seemed like a good idea to make them surrogate parents."

Gay flamingos are not uncommon, she added.

"If there aren't enough females or they don't hit it off with them, they will pair off with other males," she said. 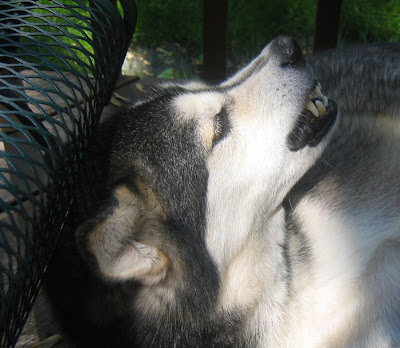