A moment of (ex)Catholic reflection 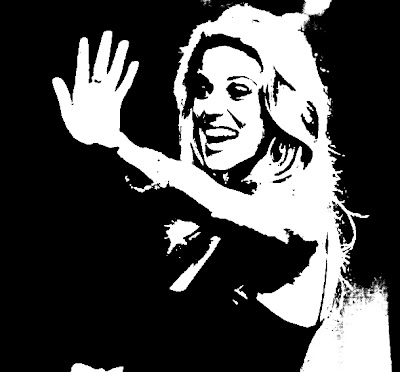 So what has struck me most about the Miss California thing is what it says about that strain of Protestantism. There's nothing special about the fact that she did the softcore photos; that hardly registers on the hypocrisy scale any more -- not after legions of Dallas Cowboy Cheerleader prayer leaders, dope fiend anti-drug crusaders, barely closeted gay ministers
denouncing homosexuality, etc. And the cute little "whore next door" thing -- e.g., Hooters -- has long been a staple form of respectable titillation among the holyroller set, even down to slutting up the barely post-toddler girls for those hideous child pageants. I used to think of this as a distinctly southern phenomenon, and I guess I still do, even though its range has broadened greatly. In this regard one strain of California is the biggest, boldest southern state, a semi-autonomous, or at least closed, republic of parvenu okies. (I suspect in Miss CA's case that a little unraveling would find some Cajun roots not very far back, and Cajuns who'd become holyrollers at that.) A few years ago, with Engels and Mencken on my mind, I watched one of those wedding preparation shows that featured a former Miss Mobile who had washed out at the Miss Alabama pageant and her minor league baseball player boyfriend, who was from either CA or one of those big, empty states out West. Part of what was going on was clearly that her wedding was to be her consolation victory pageant, and she planned it accordingly. A leitmotif, though, was that they were both celibate holyrollers and were going to have sex for the first time in their lives after the wedding. The guy seemed like he could be deeply closeted even to himself, but she was a different story. The show was an hour-long pricktease. She kept winking and making coy references to what she was going to give him on their wedding night, pulling up the skirt of the wedding gown to show the garter, flexing her hotness for the camera and the like. It was extraordinary.

What most intrigued me about Miss CA's reaction to discovery of the photos is the way her first move has been to do damage control to protect her brand-- going first and without modification by attempt to explain them away or defend her morality -- to try to preempt their circulation by insisting that she was a minor when they were taken. Here she'd just set herself up to become a star on the right-wing Christian circuit as a sexy little kewpie-doll martyr to the fags and liberals and the like, and she may have rushed straight to her Jimmy Swaggart moment before she even got the career off the ground. Makes you wonder how many years of him and Jim Bakker we'd have been spared if you tube had been around.

For this kind of holyroller, apparently, God -- or Jesus -- is that little ventriloquist's dummy or imaginary Friend you carry around with you to tell you, and of course anyone who might even hint otherwise, that whatever you do -- whatever nasty prejudices you hold, whatever meanspirited actions you undertake or endorse, whatever apparent hypocrisy you may display, whatever you calculate to be in your narrowest and most immediate self-interest at the moment, whatever unreflected-upon impulses you act on no matter how outrageously they seem to contradict "principles" or "values" you parade around in public or what harm they might inflict on others -- you're fine, Saved, elect, and that, therefore, your qualifications for passing peremptory judgment on others based on your superiority as His one true Xtian are in no way compromised or impaired.

I suspect that only the deeply stupid (e.g., GWB, Palin), or psychotic, can take solace in so obviously self-serving a fairy tale, and only the deeply immoral (e.g., ditto) would want or need to do so.

Thanks, Professor Reed
Posted by red rabbit at 4:18 PM 1 comment:

every April “shall be set aside to celebrate the Confederate States of America, its history, those who served in its armed forces and government,” and all those who contributed “to the cause which they held so dear.”

I would think that this news would cause more than a ripple of interest and derision in the 21st century, or are we now celebrating slave owners in our brand new "post-black"— "post-race" world?

This excellent column goes on to quote the Vice President of the Confederate States, Alexander Stephens, a Georgian:

“Our peculiar institution — African slavery as it exists among us — the proper status of the negro in our civilization. … was the immediate cause of the late rupture and the present revolution...
...[the Confederacy’s] foundations are laid, its cornerstone rests upon the great truth, that the negro is not equal to the white man; that slavery — subordination to the superior race — is his natural and normal condition. This, our new government, is the first in the history of the world, based upon this great physical, philosophical and moral truth.”

Most of those who supported the Confederacy and secession unambiguously supported slavery and this should be pointed out at every opportunity during the month of April in Georgia. It should be noted that not all white southerners aligned themselves with secessionists, and it is those whites who resisted the tyranny of the Confederate majority before and during the war, and who fought against white supremacy and for black political rights in the Reconstruction period following the war who deserve commemoration.

with the professor
Posted by red rabbit at 2:29 PM No comments: