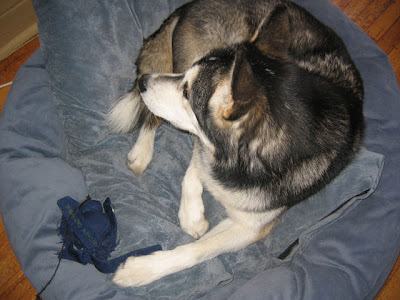 Watching the game...
Posted by red rabbit at 5:46 PM No comments:

Posted by red rabbit at 1:35 PM No comments:

...If the general election were held today, Mr. Obama would win 252 electoral votes as the Democratic nominee, while Mrs. Clinton would win 295. In other words, Barack Obama is losing to John McCain, and Hillary Clinton is beating him.
...

Two questions arise in the face of this result. Whom should the Republican candidate prefer to run against to maximize his party’s chances of retaining the White House? And what does it say of the Democratic delegate selection system when its winner would lose the presidency if an election were held today, yet its loser would win it?

Is it stilly fuzzy math when "the recipient of nine honorary doctorates and the NASA Distinguished Public Service Medal" uses it?
Posted by red rabbit at 11:34 AM 4 comments: